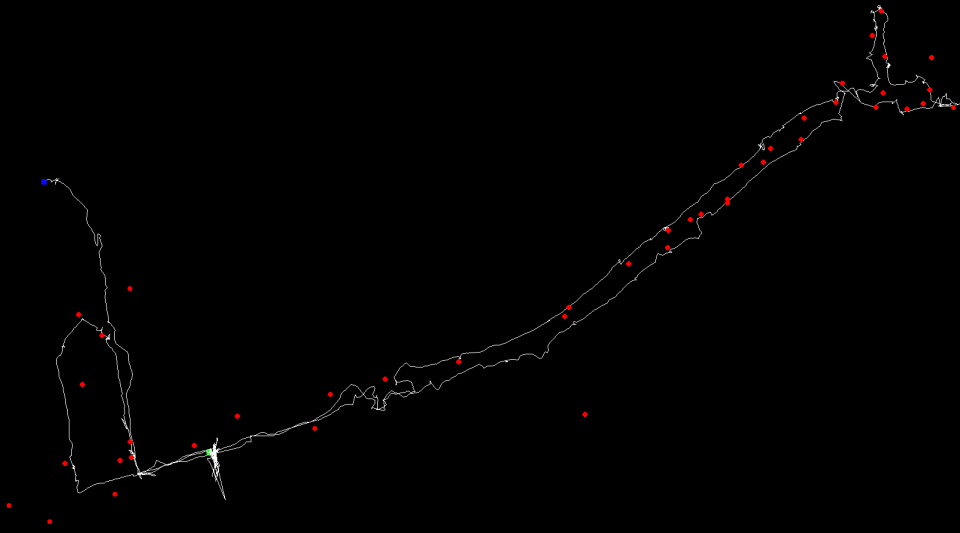 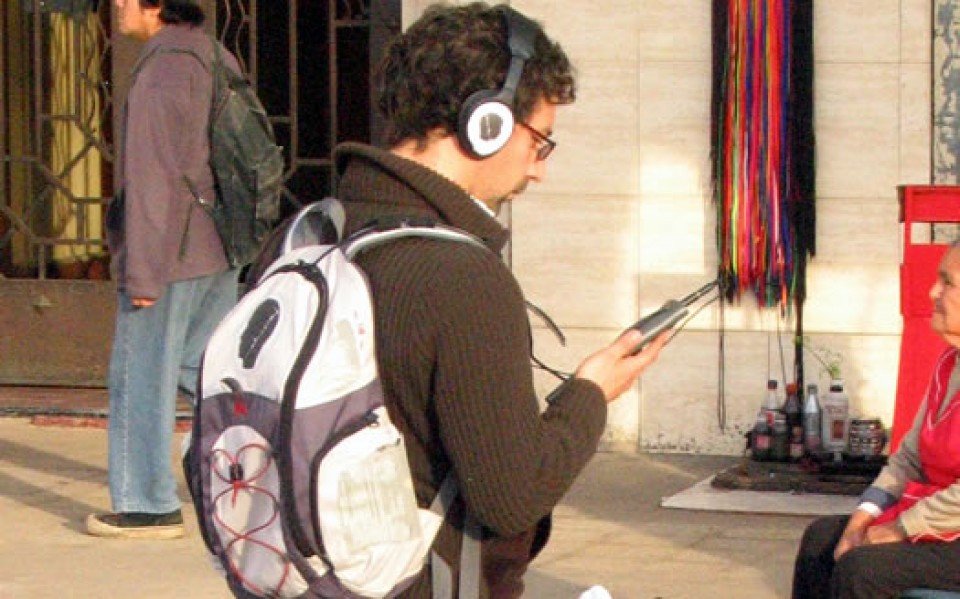 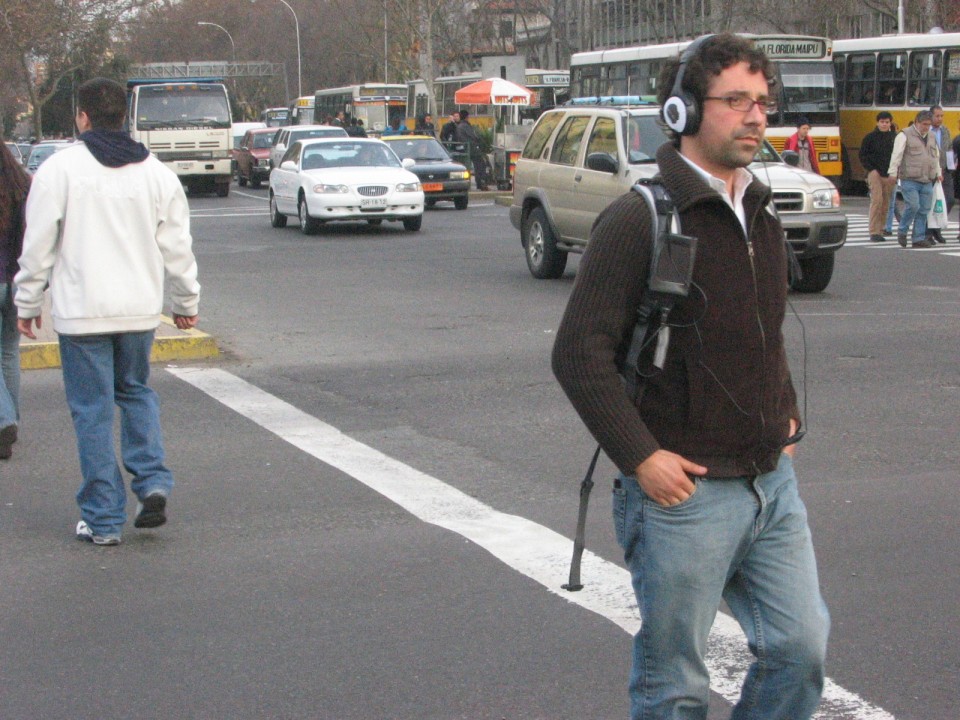 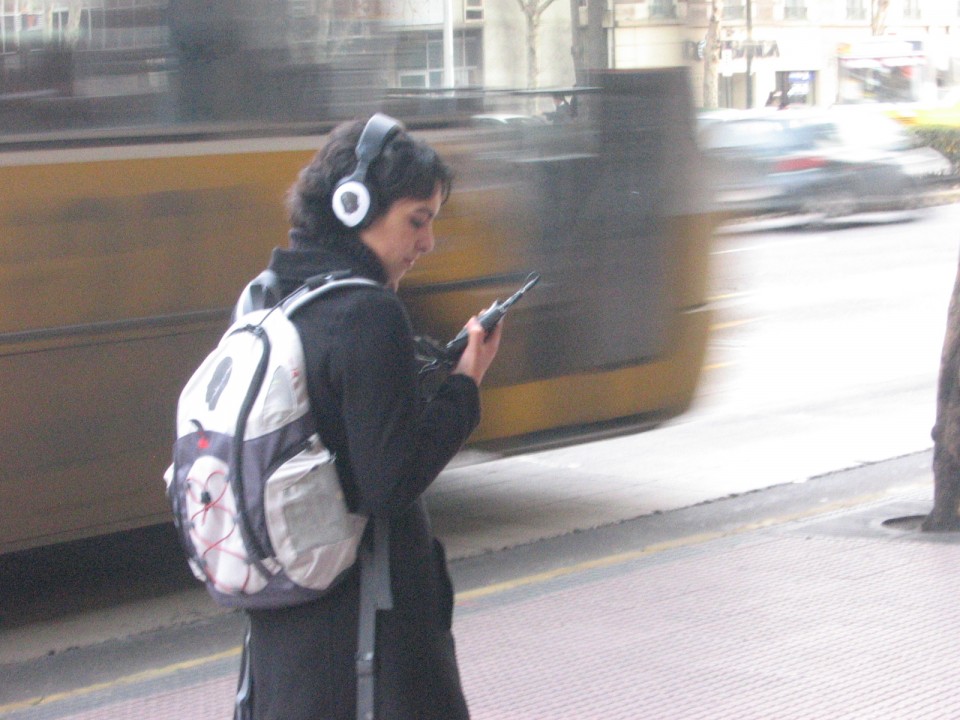 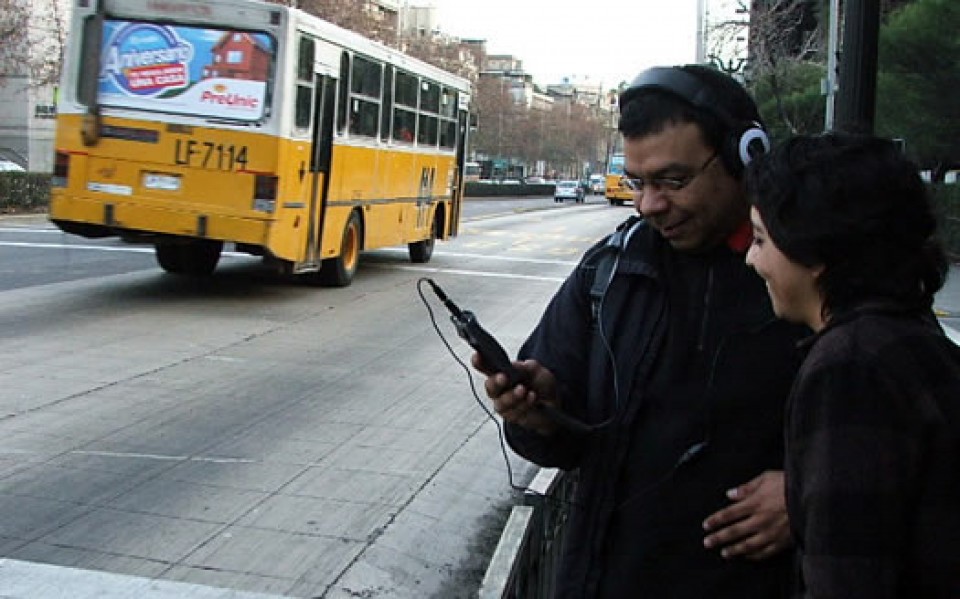 MEMORIA HISTÓRICA DE LA ALAMEDA (MHA, 2005) is a site-specific and participatory project dealing with the recent Chilean history and in particular with the period going from Salvador Allende democracy (1970) to the end of Augusto Pinochet’s dictatorship (1990).

Is a project running on a DIY locative media platform named Cultural Luggage is a low-cost combination of hardware and own-made software consisting in a compact rucksack with a laptop, a GPS receiver and a handheld device that enables people to browse geo-referenced content directly in the physical space. This solution allows augmenting the urban exploration experience thanks to the diachronic relation between what surrounds the user in a certain moment and the related memories of that location.

ALAMEDA AND THE MEMORY

“Go forward knowing that, sooner rather than later, the great avenues (tr. Alamedas) will open again and free men will walk through them to construct a better society.” – Salvador Allende (from the last public discourse on Sep. 11, 1973)

“It is better to be silent and forget. This is what we should do. We have to forget. And this is not going to happen opening cases, sending people to jail. FOR-GET: this is the word, and in order to happen, both sides have to forget and keep working”. – Ex-general Augusto Pinochet (September 13, 1995 – in a public discourse two days after the 22nd anniversary of the military coup)

The project focuses on Avenida Bernardo O’Higgins – commonly known as La Alameda – and stresses its iconic value according to both social and political instances. Since its foundation, at the beginning of the 19th century, La Alameda has represented in Chile the quintessential public space, being from time to time a place for strolling, a scenario of urban riots and guerrilla, mass political manifestations, religious processions and sport parades until its current function as urban backbone for public transportation and trades. Accordingly, this boulevard is a source of a virtually infinite collection of personal and institutional memories. MHA aims at putting in short-circuit the Avenue’s landscape with the events marking its history and bringing to consciousness a remarkable memory in a nation where the scars of the history are still tangible.

MEMORIA HISTÓRICA DE LA ALAMEDA was conceived and developed during the “Aesthetics for a Calm Technology” workshop held at the Arts department at the Universidad de Chile. Students and artists from the course participated in the production of contents conducing extensive archives research, gathering documentary footages, street interviews and recording personal memories about the history and everyday life in Alameda Boulevard. Finally, contents were edited, transposed on a video format for PDA handsets and geo-referenced to specific locations along Alameda de las Delicias boulevard.

2014 / MEMORIA HISTORICA DE LA ALAMEDA in Cities in Dialogue exhibition that was held in FACT in conjunction with the University of Liverpool and the Liverpool Independents Biennial in 2014. 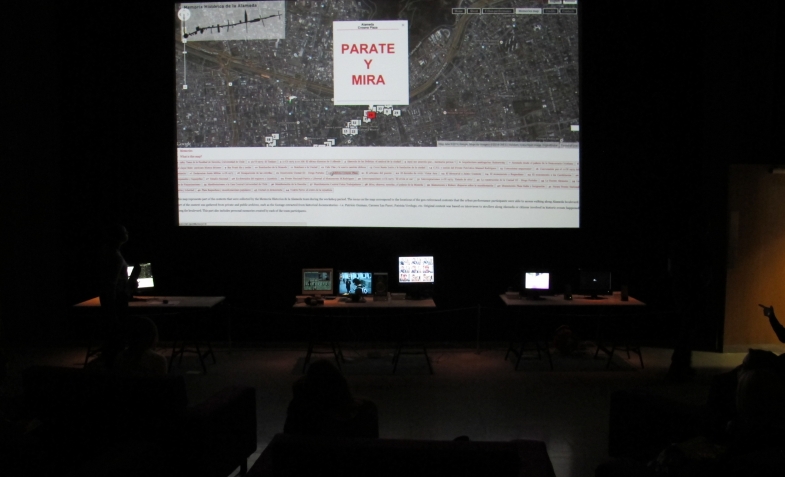 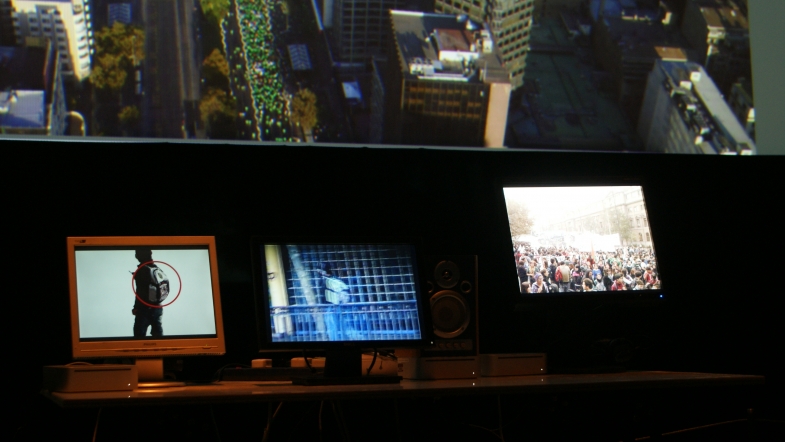 In these years, we have assisted to an impressive technological development and the global wide-spread of the Web and its tools. Whereas back in the day’s certain practices were just emergent and the assemblage of a low-cost locative media platform was requiring craftsmanship and hacking efforts, today every modern handset embeds GPS modules and advanced computational capabilities at affordable prices. Although now we look at Cultural Luggage as a romantic solution – a piece of technological archeology – on the other hand, we are still committed to the topic of memory and its relation with the urban space. In particular – as in the first version of MHA – we look at the current media and platforms opportunities as ways to support the participatory process of production, collection and dissemination of media regarding the city and its history.

From this perspective, the current scenario is radically different compared to more than 5 years ago especially if we consider the democratic access to production and dissemination tools. Compared to the first MHA project, the content production and browsing are not anymore constrained only to people being part of the team or wearing the Cultural Luggage but potentially free to everybody with Internet access and a handset.

We are still determined to explore the concept of texture in relation to the urban spaces and the layers of significations that people associate with these spaces in the years. As in Lefebvre (The Production of Space, 1977), “a the texture of space affords opportunities not only to social acts with no particular place in it and no particular link with it, but also to a spatial practice that it does indeed determine, namely in its collective and individual use: a sequence of acts which embody a signifying practice”. Similarly to our technological approach for the original MHA work, we look at the current tools not only for their opportunities in terms of media production and access but also as instruments to create new forms of social interactions. According to the authors, such interactions shouldn’t be limited only to the online realm (as in the so-called Web2.0) but rather implying a co-presence in the physical space that fosters citizens’ conversations.