Deriva en Santiago was meant as a practical way to explore urban environment qualities from a non-technological perspective taking inspiration from the Situationists’ drifting experiences. In three different sessions, around 80 participants were assigned to two different roles, the guide and the drifter. The drifters were blindfolded and equipped with earphones playing urban noises in order to sensorially deprive them of the common feedback signals that we receive while moving in the city. The guides’ task consisted in bringing the drifter to the outskirts of Santiago and leave him in a randomly selected place. After a few minutes, the drifter was supposed to remove blindfold and earphones and to walk back alone to the meeting point. In the exploration (lasting from 2 to 5 hours), the drifter was asked not to take advantage of technologies, asking information nor look at maps. As soon as the meeting point was reached, the drifter was asked to recompose the path on a large-format map of Santiago adding personal thoughts on the experience. 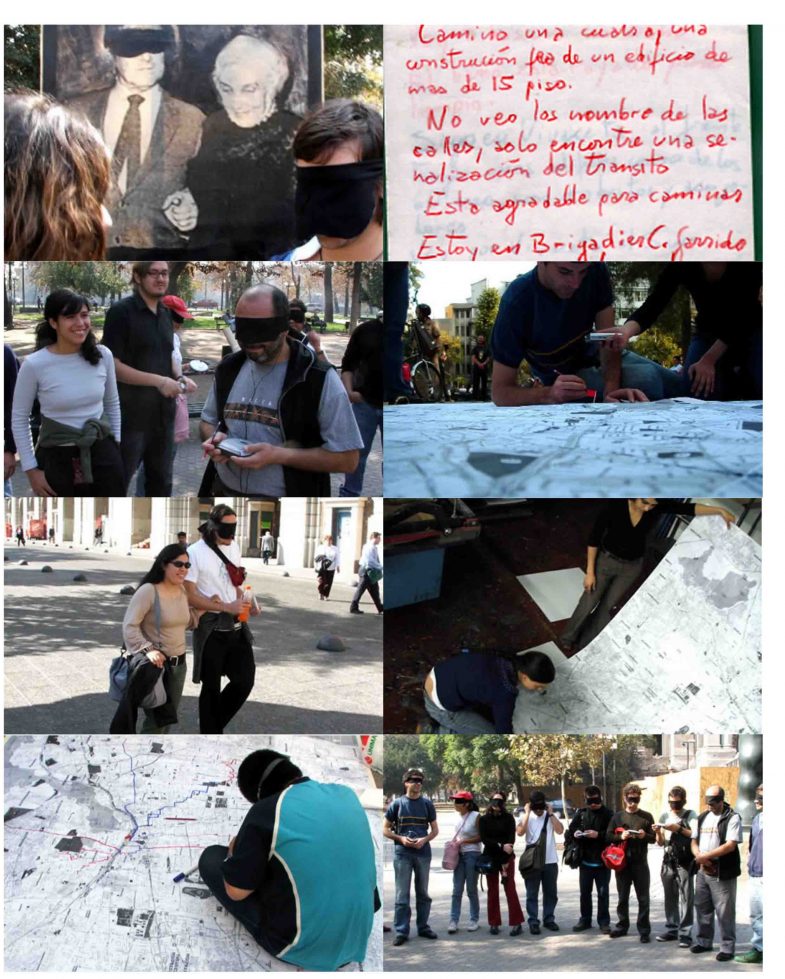 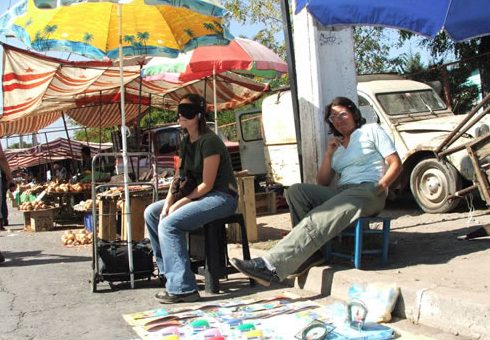 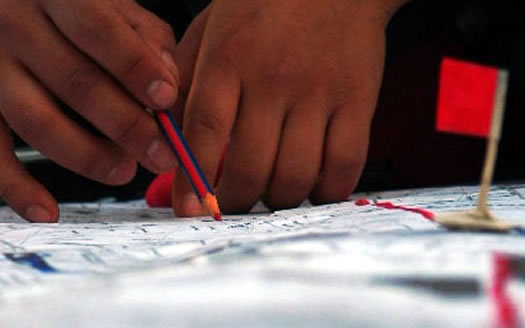