TECHNÉ seeks to create formal and conceptual intersections to refer to the history of images. Composed by a series of hybrid instruments based in textiles tools, pre-cinema devices, and drawing machines, this installation from Bárbara Palomino it is an interpretation of the techniques and artifices used to represent the reality, based, mainly, in the perspective construction and the reflection of light. Remember for example the sighting grid, by Leon Battista Alberti or the perspective drawing device created by Albrecht Dürer, which using visual rays to accurately transcribe a form onto paper as a foreshortened shape. However, the projection of light that draws the image has become material, monochromatic threads.

These references inspire the artist to produce an installation that combines sculptural and even architectural aspects. I will not try to describe each of the intricacies that the group of wires or threads continues through the central piece of this exhibition.  These threads flowing into a white panel whose myriad of perforations allows them to enter and exit. Since there, these threads are projected to the thick column of the room, wrapping to generate a spatial closure. What works in theory as an auxiliary drawing element, here becomes something concrete that modifies the space.

The exhibition, from there, can be read it as a materialization of thoughts and a staging of the tools and processes that allow the representation. The dim lighting of the room not only enhances the dramatic effect of light emerging after the perforated panel of the main installation, also remembers another device: the Camera Obscura. Two twin pieces, face the viewer when he entered the gallery and also appear to be connected with the old history of photography.

The concept ‘techné’ served in classical Greece to refer to all those practices that helped produce things that did not exist. The term was ample and designated art and craft works. Palomino uses this ambiguity. In her work, spinning no longer has the character of feminine vindication adopted by the feminism of the seventies, but is presented as a sphere of thinking, that through the wire/line merges with the prospect, as a flow of energy or thought. Renewed, in the midst of the relative darkness of the room, our own reflection of the perception and the ways that we have to materialize it. 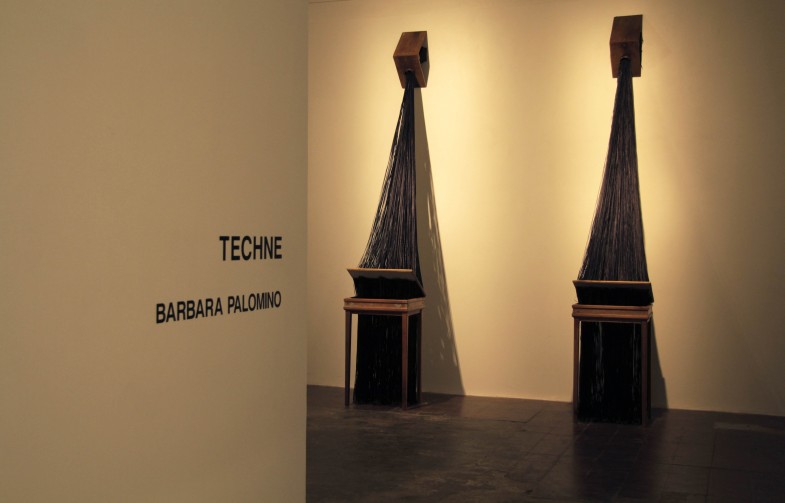 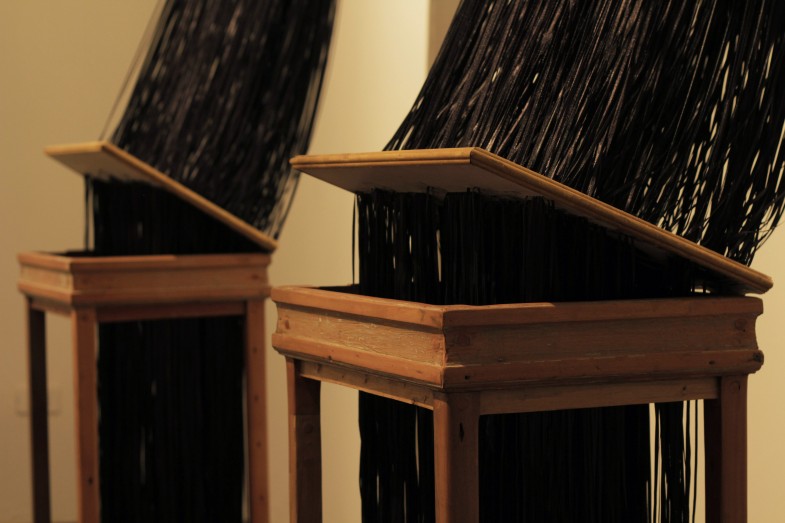 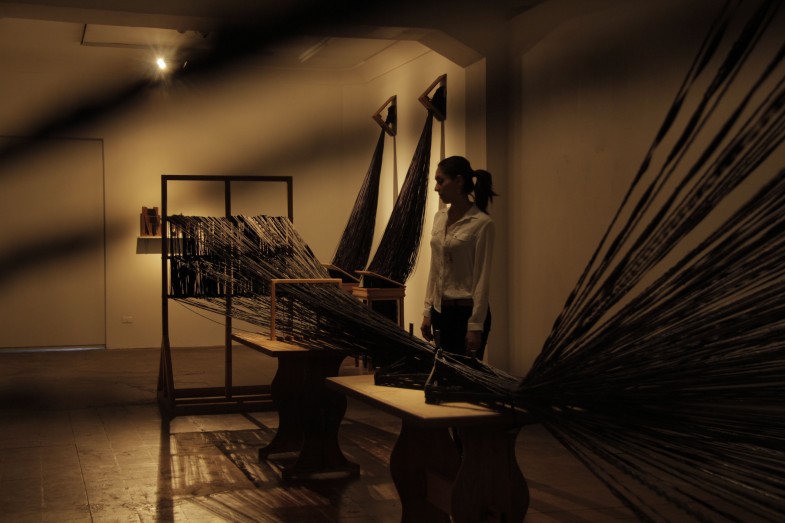 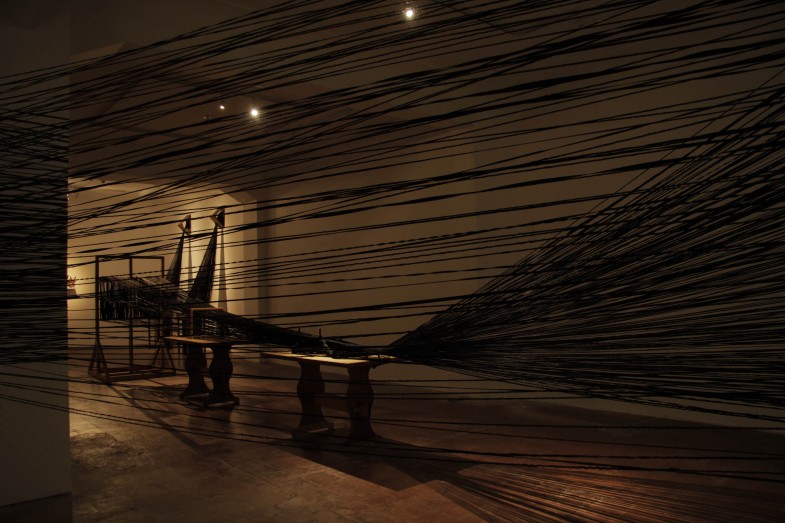 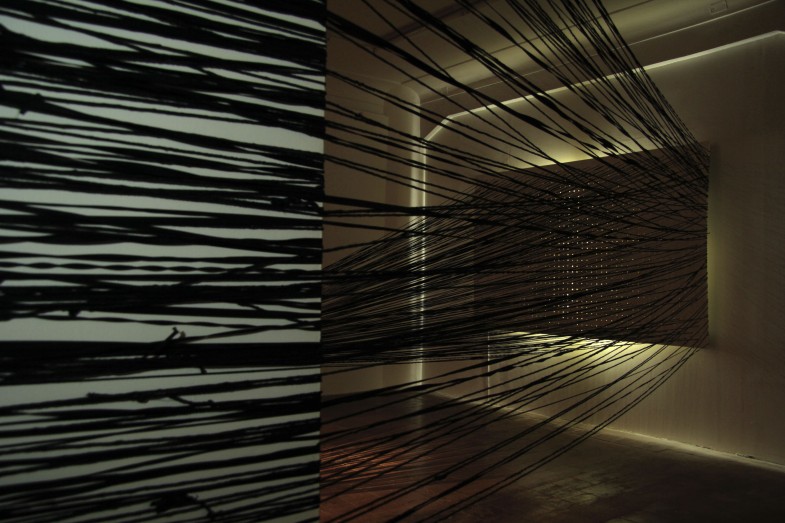 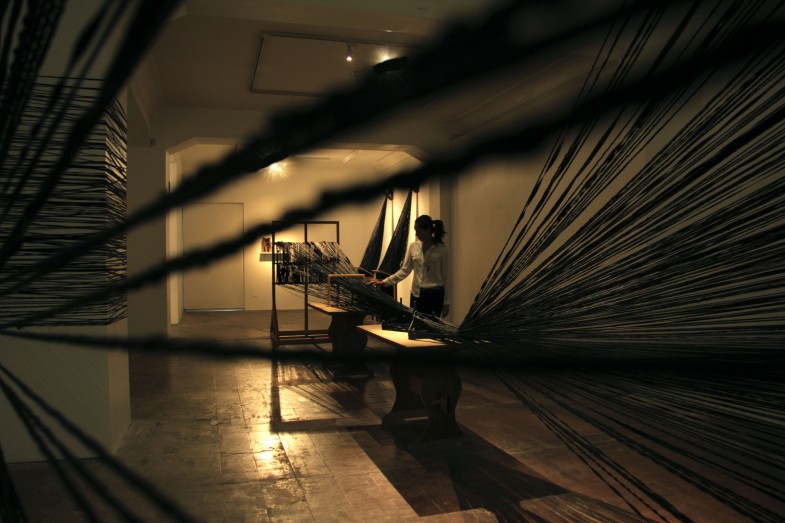 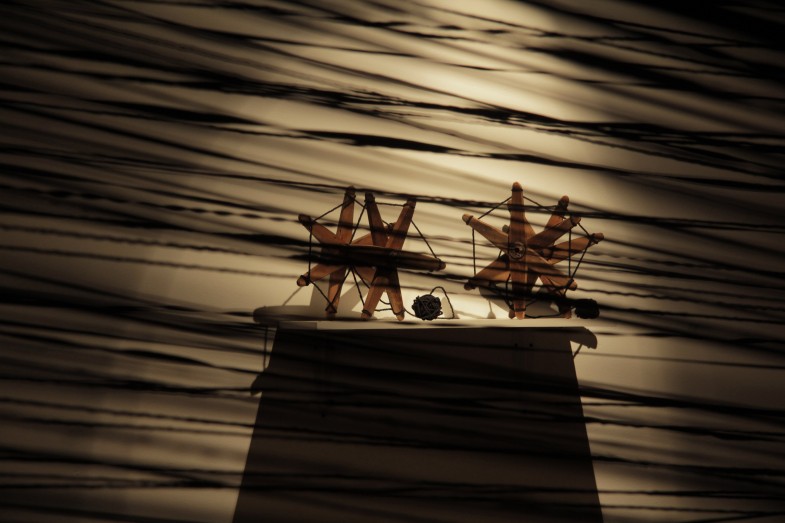 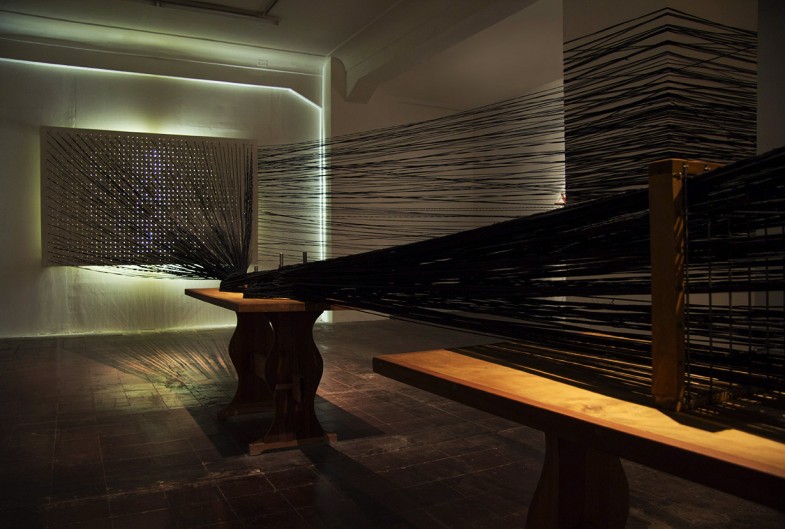 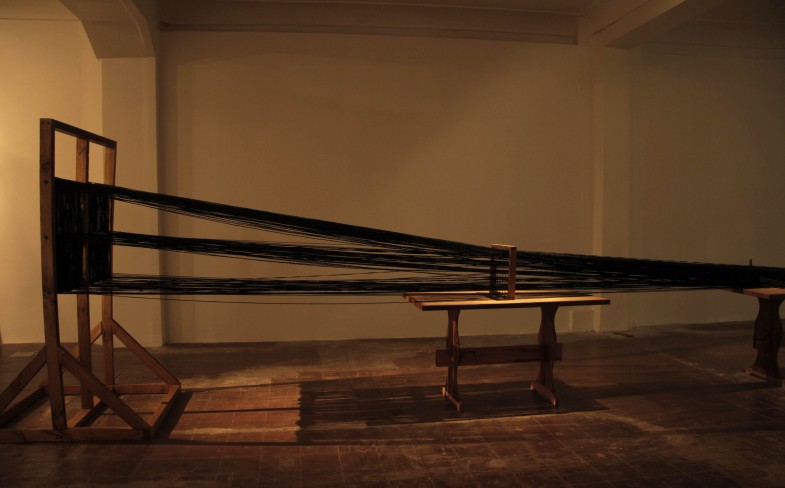 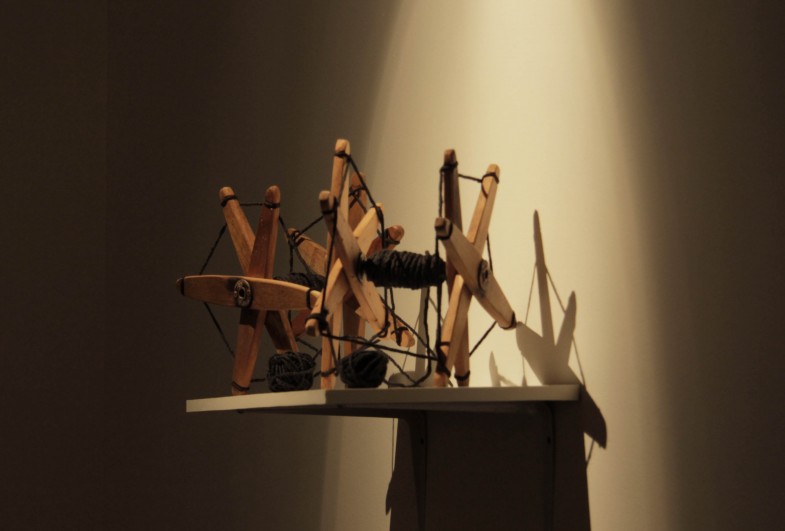 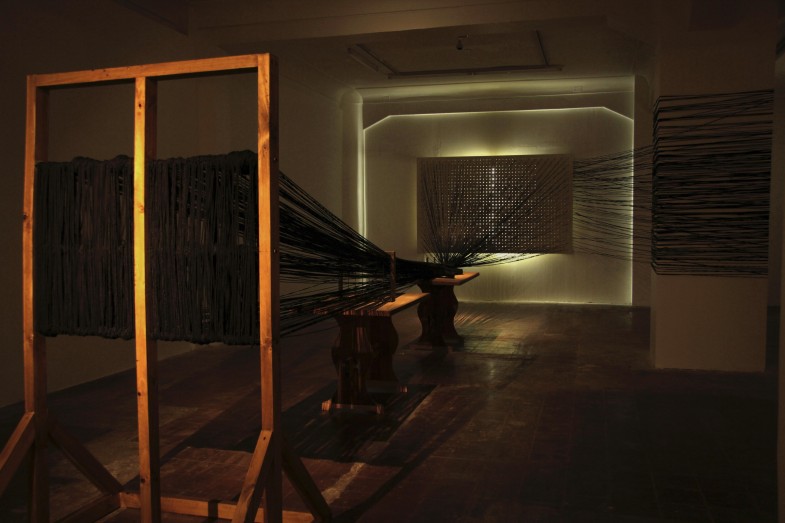 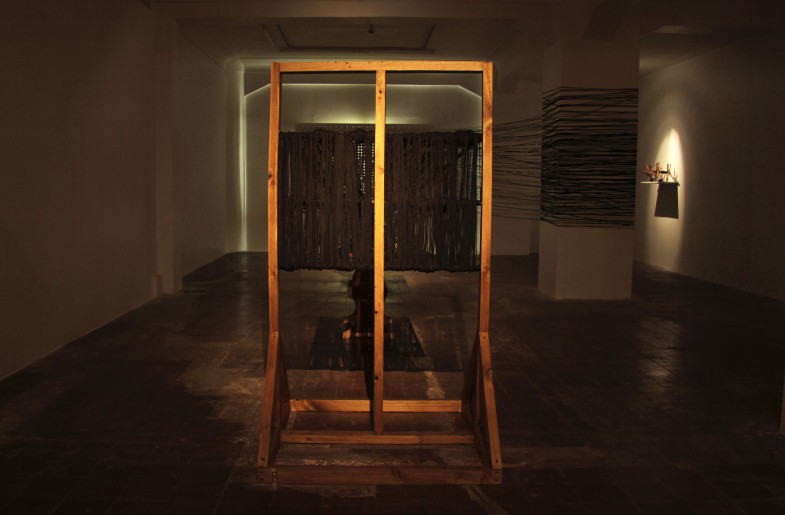